Margaret Atwood, whose work has been published in over 45 countries, is the author of over 50 books of fiction, poetry, critical essays and graphic novels. Her books include The Handmaid’s Tale, now an award-winning television series. 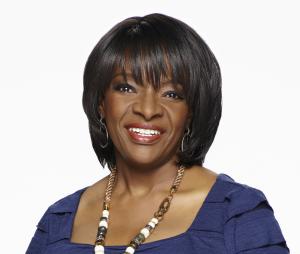 NBC’s White is an accomplished journalist with nearly 40 years of experience. She has covered hundreds of significant local and national stories and has been recognized with the Chuck Stone Lifetime Achievement Award from the National Association of Black Journalists (NABJ).

Mara Brock Akil has written and produced nearly 400 television episodes, including her beloved series Girlfriends and its spin-off, The Game. She received the prestigious Brandon Tartikoff Legacy Award from NATPE.

Teenage girls need a supportive space to express themselves, build confidence and explore their creative voice. They are our future, and we all benefit from investing in their success.

The live online celebration will be co-hosted by WriteGirl founding volunteer and screenwriter (Blended, Smallfoot) Clara Sera. The event will take place on Saturday, June 4 from 5-6:30 p.m. PDT. Tickets and more information HERE.

“With many teens struggling with significant mental health issues during these tumultuous times, teenage girls need a supportive space to express themselves, build confidence and explore their creative voice,” says Keren Taylor, Director executive and founder of WriteGirl. “They are our future, and investing in their success benefits us all. We are thrilled to honor Beverly White, Mara Brock Akil and Margaret Atwood this year, highlighting their tremendous work as writers, truth tellers and role models for our non-binary teens and young people.

Atwood, whose work has been published in over 45 countries, is the author of more than 50 books of fiction, poetry, critical essays and graphic novels. As well as The Handmaid’s Tale, now an award-winning television series, her novels include Cat’s Eye, shortlisted for the 1989 Booker Prize; Alias ​​Grace, which won the Giller Prize in Canada and the Premio Mondello in Italy, and The Blind Assassin, winner of the 2000 Booker Prize. She is the recipient of numerous awards, including the PEN Center USA Lifetime Achievement Award and the Los Angeles Times Innovator’s Award, which also went to Taylor in 2020.

NBC’s White is an accomplished journalist with nearly 40 years of experience. She has covered hundreds of significant local, regional and national stories and has been recognized by the National Association of Black Journalists (NABJ) Chuck Stone Lifetime Achievement Award and the Los Angeles County Board of Supervisors for her distinguished career. Beverly White has been a guest mentor at numerous WriteGirl writing workshops for teens, helping to inspire the next generation of journalists.

Brock Akil has written and produced nearly 400 television episodes, including his beloved series Girlfriends, a witty and honest exploration of the multifaceted nature of black women, and his spin-off, The Game, which found a new life at BET and Netflix. , and other scripted series. She received the prestigious Brandon Tartikoff Legacy Award from NATPE, was inducted into the Medill Hall of Achievement at her alma mater Northwestern University and received the Northwestern Alumni Medal, and has been named to the Women in Entertainment Power 100 multiple times. from the Hollywood Reporter. .

WriteGirl serves over 500 teens a year, mostly from high-density neighborhoods. Since its formation in 2001, one hundred percent of WriteGirl’s senior graduates have entered college, many on full or partial scholarships and many as the first in their families to do so. WriteGirl offers online workshops led by acclaimed female writers with genres ranging from poetry and songwriting to journalism and screenwriting.

WriteGirl provides a counterbalance to the enormous challenges that teenage girls face, including depression, pregnancy, incarceration, and violence in their communities. He strives to provide each girl with a mentor who can help her discover her voice and true aspirations. WriteGirl envisions a world where all teens boldly live, write, and speak as they become inspiring, transformative leaders committed to bringing about positive change in their communities. WriteGirl’s mission has been to raise the voices of underrepresented and/or vulnerable youth, including Black, Latinx, Asian/Pacific Islander, Indigenous, non-binary, LGBTQIA, anyone with disabilities and many more. who are part of the community. WriteGirl serves.

For WriteGirl, the adaptation of all programs online due to the pandemic has allowed WriteGirl to expand to reach girls in the United States and around the world, with writing programs now serving groups of teenage girls in Nevada, Wisconsin, Tajikistan and Afghanistan. Individual writing mentors have been matched with teenagers in Nigeria, Uruguay, Poland and many other countries.

First held in 2006, the WriteGirl Bold Ink Awards are an uplifting event and benefit for WriteGirl that celebrates outstanding female writers and raises vital funds for WriteGirl creative writing programs. WriteGirl is seeking to raise critical funds for its workshops, one-on-one mentoring, and college enrollment assistance during these challenging times to both maintain current WriteGirl programs and support the organization’s growth as that it expands to reach even more teenagers.

In 2013, WriteGirl was honored by First Lady Michelle Obama with the National Arts and Humanities Youth Program Award. In 2014, Taylor was named a CNN Hero.

To learn more about WriteGirl and view the sponsorship kit or press kit, please visit the WriteGirl website.

If you need more information or would like to arrange an interview with Keren Taylor, please contact Scott Busby at [email protected] or 310.600.7645.


EIN Presswire’s priority is source transparency. We don’t allow opaque clients, and our editors try to be careful not to weed out false and misleading content. As a user, if you see something we missed, please bring it to our attention. Your help is welcome. EIN Presswire, Everyone’s Internet News Presswire™, attempts to define some of the boundaries that are reasonable in today’s world. Please see our editorial guidelines for more information.