The best-selling Korean novel overseas over the past five years is “Kim Jiyoung, born in 1982,” written by author Cho Nam-joo, according to the Literary Translation Institute of Korea (LTI Korea) on Tuesday. .

Based on sales analysis, “Kim Jiyoung, Born in 1982” has sold over 300,000 copies in 10 different languages. In particular, the book has sold steadily in Japan, selling over 200,000 copies since its Japanese version was released in 2018.

Thirty-four books each sold at least 5,000 copies during the same period. Of those released in 2020, 16 of them each sold over 5,000 copies within a year of their release. The German version of Kim Young-ha’s novel “Diary of a Murderer” won third place in the international category of the prestigious German Crime Fiction Award, or Deutscher Krimi Preis, in December 2020. It sold more than 100,000 copies. 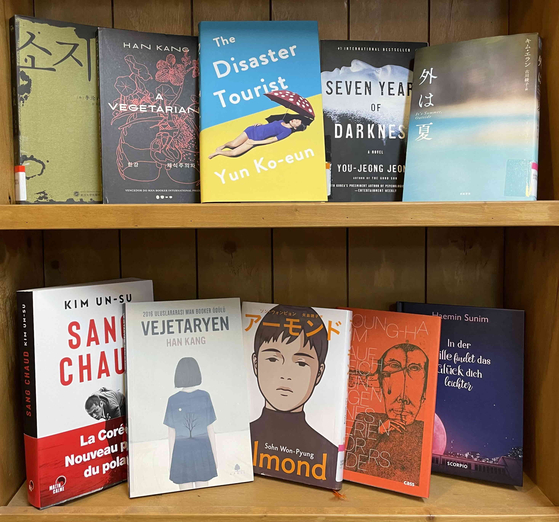 Here shows Korean bestsellers which have been translated into many different languages. [LITERATURE TRANSLATION INSTITUTE OF KOREA]

LTI Korea has also sought to increase the number of translated publications: while there were only 127 books translated in 2017, 186 were translated last year alone. Including translations sponsored by the Daesan Foundation, a cultural organization under Kyobo Life Insurance, more than 200 books are exported every year.

Best-selling novels like “Kim Jiyoung, born in 1982” and “Almond” have continued to be translated into other languages, and more and more books are in the spotlight, LTI Korea said.

When LTI Korea takes on translation projects for Korean works, some of them are translated without being taken over by a publisher. However, LTI Korea revealed that recently, in about 80% of cases, foreign publishers contacted first and asked for a specific book to be translated before the project was launched.